After the maiden workshop held in Buea on May 27, 2017, Wholesome Health Promotion (WHP) held its second workshop on Saturday, Dec 16, 2017 in the Cameroonian coastal town of Idenau. Over 25 participants from all walks of life took part in the workshop, from business people to food vendors, students, government workers, and religious leaders. This second workshop was noteworthy because it was organized in a rural setting, and was chaired for the first time by Terese Tande, the WHP CEO and founder. 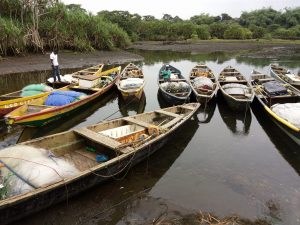 Idenau is a small fishing community some 41km northwest of the town of Limbe. The fishy smell and the watery topography give it an exotic appearance which makes it a great touristic attraction. Nevertheless, like any other community especially in rural places, the inhabitants face the risk of food poisoning due to the absence of good facilities and other sensitization programs in place to encourage effective and safe handling of food for human consumption. Taking all these into consideration, Idenau was therefore ideal to host the second WHP workshop on Food Safety… in line with the goals of the organization to educate and sensitize local communities on the importance of food safety in overall healthcare as a way of contributing their own quota towards building a more healthy and vibrant country. 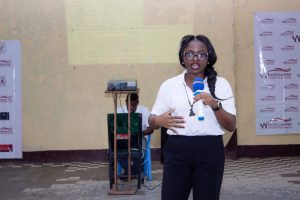 African time was very much in place as facilitators who came out of town arrived earlier than participants of the targeted community at the CDC Burn Club where the workshop was taking place; thus it started late. This incident became a teaching moment as the importance of punctuality was emphasized during the course of the workshop.

The workshop kicked off with a welcome message by WHP CEO and Founder who explained the origins and rationale for creating the organization and reviewed its mission. 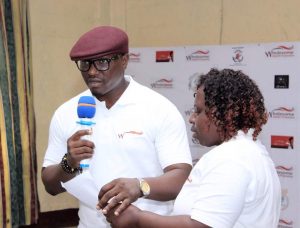 The objectives of the workshops were then highlighted. Noela Lyonga of the Lyonga Foundation who was one of the workshop’s facilitators engaged participants on why it was important to handle and keep our foods safe:

Participants were thus expected to be able to identify sources and causes of food-borne diseases, along with steps to take to prevent them them at home and when buying food from the market, by the end of the workshop. 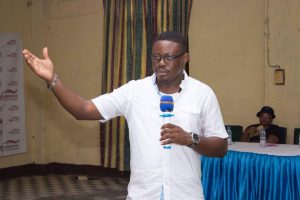 Ayuk Etta, WHP’s Head of Operations, led an impromptu question-and-answer session. Questions ranged from asking if sick person should be permitted to handle food for human consumption, and if there were effective guidelines from the Sanitation Department to this effect. Participants suggested that medical certificates be issued by competent medical officers to food vendors so that instances of food borne diseases be reduced. It was also revealed that sanitary supervisions were still being carried out. It was suggested that a badge system be implemented so that duly authorized food vendors could be easily identified and monitored.

Participants tested their knowledge of food safety with group discussions. Participants were placed in groups of at least five members. Each group was asked to identify five hazards common in informal markets, and then suggest ways to reduce these hazards both from the perspective of both consumers and/or food vendors. Each group then presented its findings followed by a general discussion. The suggestions and solutions proposed by the different groups to ensure food safety showed that participants were committed to change not just at an individual level but also at a communal level.

The workshop ended with an in-depth review and discussion of the core messages of the World Health Organization’s five keys to safer food which explain the basic principles that each individual should know to prevent food-borne diseases. 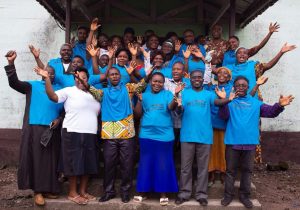 At the end of the workshop, participants were given questionnaires participants to provide feedback on what they had learned and to make suggestions for improvement to the training. These will be reviewed by the WHP Director of training and incorporated in future training materials and strategies where necessary.

This was followed by group photographs and the wards of Certificates of Participation to participants. Each participant received a WHP T-Shirt not only as a memento but as evidence that they were now food safety ambassadors sent out to enlighten their local communities.
There was food aplenty as workshop organizers had ensured that there was more than enough to keep participants focused and happy. Though tired, everyone left happy with the WHP team already looking forward to the next workshop. It was an enriching day.

Videos of the workshop in progress are available on the WHP Facebook page.
By Arrey Echi
For WHP